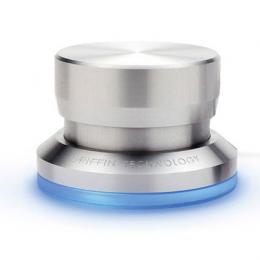 I used this method as an alternative frequency controller for the remote radio project. It uses Applescript and Midi-pipe http://www.subtlesoft.square7.net/MidiPipe.html

The left and right encoder values are assigned to MIDI control messages.

Downloaded most recent drivers from https://app.box.com/s/m9rrdlqdnoh8uf3utxdaswvep4cgogek

Implemented Applescript/Midipipe as described above. Had to make a few mods to get both CCW and CW motion working and change name of IAC driver in Midipipe script.

Applescripts entered using applescript editor app. Links to the applescripts should be entered in the powermate.app which sometimes only appears visible in the top bar after a reboot.

Midi and Osc Server for web apps in node.js

The VS-700c runs as an unsupported Midi control surface in Ableton Live on Mac OS 10.9.

In Yosemite, disable the restriction on loading unsigned kext’s: http://apple.stackexchange.com/questions/163059/how-can-i-disable-kext-signing-in-mac-os-x-10-10-yosemite

Type this command into terminal: 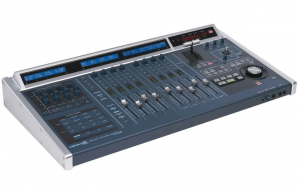 And here – in the code: https://github.com/Cakewalk/Cakewalk-Control-Surface-SDK/tree/master/Surfaces/VS700 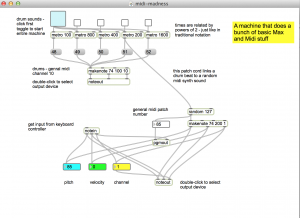 MidiStroke is a utility app that converts typewriter key strokes into Midi messages. 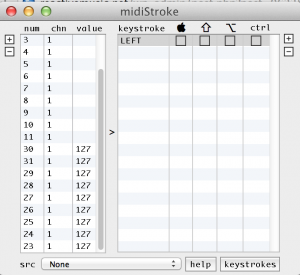 Configuration file (On a Macbook):

You can’t create multiple preset files within midiStroke – but you can work within the file system as they explain in the article above.

Have set up a Github repository for the ipadOscMidi simulator app: https://github.com/tkzic/ipadoscmidi 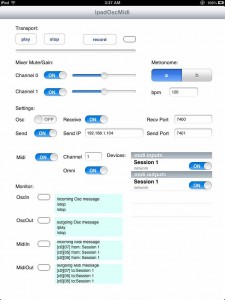 There is also a companion Max patch for testing 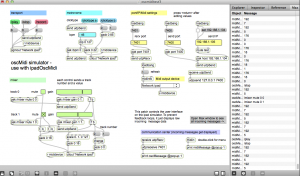 Here is the README file for the project:

Local Project files are in: tkzic/oscapps/ipadmiditest4

I made the update described here for iOS 6 compatibility:

By Mike Szczys at Hackaday 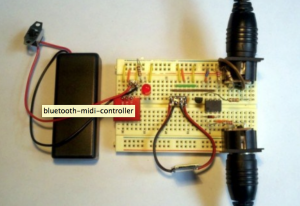 By Brian Jepson at Make

A thought exercise – to come up with various ways of making wireless Midi systems based on projects I’ve already done.

* indicates method not tried yet.