“We want to make tools to put computers inside any living cell”. 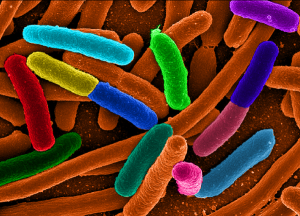 An introduction to poly~

by Festo at engadget.com 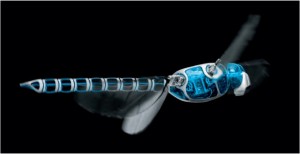 What if you used that data to reconstruct music by driving a sequencer in Max? The analysis is a series of time based quanta called segments. Each segment provides information about timing, timbre, and pitch – roughly corresponding to rhythm, harmony, and melody.

abstractions and other files

You will need to sign up for a developer account at The Echo Nest, and get an API key. https://developer.echonest.com

Edit the ruby server file: echonest-synth2.rb replacing the API with your new API from echonest

Install the following ruby gems (from the terminal):

1. In Terminal run the ruby server:

2. Open the Max patch: echonest-synth4.maxpat and turn on the audio.

3. Enter an Artist and Song title for analysis, in the text boxes. Then press the greet buttons for title and artist. Then press the /analyze button. If it works you will get prompts from the terminal window, the Max window, and you should see the time in seconds in upper right corner of the patch.

If there are problems with the analysis, its most likely due to one of the following:

If the ruby server hangs or crashes, just restart it and try again.

3. Press one of the preset buttons to turn on the tracks.

4. Now you can play the track by pressing the /play button.

The Mixer channels from Left to right are:

Best results happen with slow abstract material, like the Miles (Wayne Shorter) piece above. The bass is not really happening. Lines all sound pretty much the same. I’m thinking it might be possible to derive a bass line from the pitch data by doing a chordal analysis of the analysis. 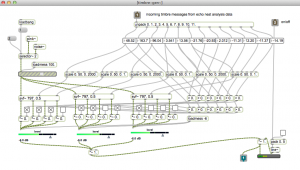 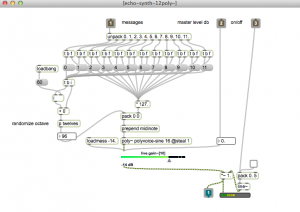 Here’s a Coltrane piece, using roughly the same configuration but with sine oscillators for everything:

There are issues with clicks on the envelopes and the patch is kind of a mess but it plays!

Since the key/mode data is global for the track, bass notes are probable guesses. This method doesn’t work for material with strong root motion or a variety of harmonic content. Its essentially the same approach I use when asked to play bass at an open mic night.

The envelopes click at times – it may be due to the relaxed method of timing, i.e.., none at all. If they don’t go away when timing is corrected, this might get cleaned up by adding a few milliseconds to the release time – or looking ahead to make sure the edges of  segments are lining up.

[update] Using the Max [poly~] object cleared up the clicking and distortion issues.

Timbre data drives a random noise filter machine. I just patched something together and it sounded responsive – but its kind of hissy – an LPF might make it less interesting.

Haven’t used any of the beat, tatum, or section data yet. The section data should be useful for quashing monotony.

tried to write this into a Max4Live device – so that the pitch data would be played my a Midi (software) instrument. No go. The velocity data gets interpreted in mysterious ways – plus each instrument has its own envelope which interferes with the segment envelopes. Need to think this through. One idea would be to write a device which uses EN analysis data for beats to set warp markers in Live. It would be an amazing auto-warp function for any song. Analysis wars: Berlin vs. Somerville.

Since I had been thinking a lot about how to use data streams to compose music, it seemed like it would be cool to reverse the process. To use music as a data stream to control something.

The Echonest API http://developer.echonest.com analyzes audio content at the sample level. I requested an analysis of ‘Free Bird’ by Lynyrd Skynyrd, thinking this song has dynamic variation so it might sound like a wind event. Segment loudness data was connected to wind speed in the simulation and you could hear, as the song progressed, how the wind matched the song’s dynamic levels. But there wasn’t much variation – mostly a steady build from very low to very high. Tried connecting other analysis data to wind speed and found that the segment confidence values sounded like a ‘gusty’ kind of wind. Not wanting to lose the excitement of the song, the loudness peaks now trigger thunder – using the pd threshold object – with random timing to thin it out a bit. Also there’s no thunder until the loudness values stay above the threshold for several seconds.

API data is being served via OSC from a ruby script. For this first test I ran analysis using curl and saved it to a file. Was thinking of using this ruby GEM for the API calls:

But will first try hooking them up using Patron (curl) because it offers more flexibility to get at all aspects of the API.

This project is not included in internet-sensors repo yet.

I downloaded the fork version from ‘dewb’ as it has been converted to run in Max6. It looks  like the object retrieves all of the analysis data. It would actually be instructive to read the source code to see how they implemented libcurl and JSON for the http: requests. 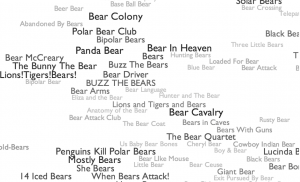 Music and audio analysis at the sample level.

By Tristan Jehan and David DesRoches at The Echo Nest

This curl examples for this API are broken. – the API now requires a key: http://openweathermap.org/api

Get forecast by city id

Weather forecast in the city for the next 7 days.

this gets 7 days of santa cruz forecasts with time stamps

typical JSON response (for one datapoint):

So… to get precipitation, we need to just look for “rain”, or “snow”  indicator