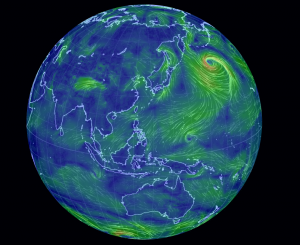 Mystery field recording: (email to me this week)

Music from the future: 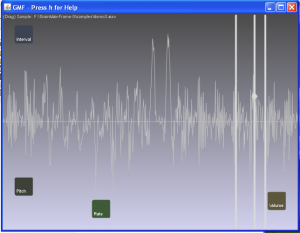 Use Twitter and Puredata to make music from text characters

By Ethan Zuckerman and friends at the MIT Civic Media Lab

The power of story editing. 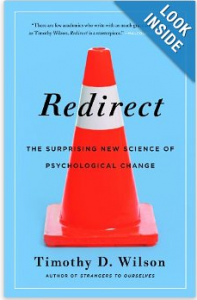 Referenced in “Stuff to Blow Your Mind” podcast (at 23:30 remaining) http://www.stufftoblowyourmind.com/podcasts/memorystory-editing/

“Everyone fails at first”

Check out this article, by searching for the word interleaved  – for help working with unsigned int samples

Useful for building projects in 32, 64, or universal architecture

Today I got the Pd external running – using essentially same source code as Max. There is occasional weirdness going on with audio clicks when starting/stopping the radio, but other than that it seems fine and it runs. wooHOO. More to follow…

Now have set up a skeleton for Pd, called rtlfmz~ (inside the Pd application bundle) which does absolutely nothing but compiles all of the project files and calls a function in rtl_fm.  Next step will be to port the actual Max external code and do the conversion.

There is now a fairly solid max external (rtlfmz~) using a recent version for rtl_fm. Also there is a simple Makefile that compiles local version of rtl_fm3.c in:

There are very minor changes to rtl_fm.c (for includes) and also a local version of librtlsdr.a (librtlsdr32.a) that is 32 bit.

The current state of the Max external does both pre-demodulated and raw IQ output, but you can only run one copy  of the object due to excess use of global variables and my uncertainty over how to run multiple devices, threading, etc.,  – but we’ll go with it an try porting to Pd now.

I had been using an older version of rtl_fm –

renamed external to rtlfmz~ and now using new version as (rtl_fm3.c) in the project

In addition to recopying the librtlsdr.a – I also recopied all of the include files and added two new files

There is a different method of threading and reading which I haven’t looked at yet, but it is now doing what it did before inside Max, which is read FM for a few seconds and write audio data to a file

plan: Set up a circular buffer accessible to the output thread and to the max perform function. – then see if we can get it to run for a few seconds.

The main thing to think about is how to let the processing happen in another thread while returning control to max. Then there really should be a way to interrupt processing from max.

There needs to be a max instance variable that tells whether the radio is running or not. Then, when its time to stop – you just do all the cleanup stuff that is at the end of the rtl_fm main() function.

Now have rtl_fm function within the plussztz~ external

It detects, opens device, demodulates about 30 seconds of FM, and writes audio at 44.1kHz. to a file /tmp/radio.bin – which can be played by the play command

Have now successfully  compiled a test external in Max 6.1.4 – name is plussztz~ and it includes the rtl_fm code.  Made 2 changes so far:

Today I was able to write a simple makefile to compile the rtl_fm app using the libusb and librtlsdr dynamic libraries.

libusb-1.0 already had a 32 bit version in /usr/local/lib/libusb32-1.0.a (note that this version also requires compiling these frameworks:

For librtlsdr, I rebuilt, using cmake with the following flags:

But did not install the result. See this link for details on building with cmake: http://sdr.osmocom.org/trac/wiki/rtl-sdr

This produced a 32 bit static version of librtlsdr.a that could be used for building the app.

See this Stack Overflow post for more on cmake and architectures: http://stackoverflow.com/questions/5334095/cmake-multiarchitecture-compilation

currently local version of this test is in: tkzic/rtl-sdr-tz/rtl_fm2/